After the huge rise in January, Bitcoin price continued to rise in early Feb. It staggered across $US10 000 to a high of around $US10 345 on Feb 12th.

There was not enough momentum for crossing such a significant milestone.

If the price can consolidate around its current level, it could act as a base for making a convincing breakthrough of  $10 000 in the next few weeks.

Bitcoin Achieved a major milestone: half a Billion Transactions!

The roadmap focuses heavily on "Blockchain  Technology" and seems to miss that its biggest application is sound money, "digital gold" i.e. Bitcoin.

Lightning Loop is tech that makes it easier for users to move funds between the Lightning Network and the main Bitcoin network.

Inside Chainalysis’ Multimillion-Dollar Relationship With the US Government

Chainanalysis is the main cryptocurrency tracking service used by the US Government. It has received US contracts in excess of $US5 million.

Defense Contractor BAE Systems is Seeking Cryptocurrency Exploiters in the US

You can view the job ad on LinkdIn.

It seems the London Football Exchange owner was likely a scammer who has a controversial history. LFE was his plan to tokenise shares of football clubs so that fans can buy ownership.

Everything You Need to Know About the Bitcoin Halving 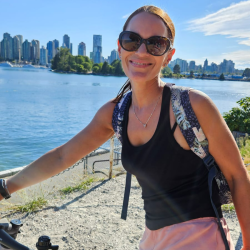