In the month of June, Bitcoin has lost 5% since its opening June price, but it’s trading in a tight range. Prolonged periods of consolidation usually lead to a squeeze and then a significant move.

While on the subject of low volatility, a contributor from Forbes suggests that Bitcoin is more stable than people think.

The contributor writes that “a decade is not very long in the context of money, but it is a long time in terms of technological evolution.” During the period, Bitcoin has “demonstrated its ability to maintain a global ledger of verified transactions.”

Bloomberg seems to agree. “Something needs to go really wrong for bitcoin to not appreciate," reports an analyst in the article.

The analyst cites three reasons why: historic declines in equities because of coronavirus didn’t spill over to Bitcoin, the virus is accelerating a shift away from paper currency, and quantitative easing policies helping independent stores of value.

We’re more than a month since the last Bitcoin halving event and the wash-up continues. In mid-June, the Bitcoin mining difficulty saw its biggest upward move (14.95%) in nearly two years.

“Difficulty adjustments are an essential part of how Bitcoin functions. By regulating the effort and, therefore, cost needed to validate the blockchain, Bitcoin “takes care of itself” as a network, regardless of price action or miner participation,” reports Asia Times.

Household name Paypal plans to roll out direct sales of cryptocurrency according to three close sources according to Coindesk.

The article reports that the fintech giant ‘is going to allow buys and sells of crypto directly from PayPal and Venmo.’ With its 325 million user base, making cryptocurrency transactions available directly on their platform would be another (large) step towards wider adoption.

JPMorgan, one of Wall Street's biggest banks, had been an outspoken Bitcoin critic, but has changed its tune on the world's number one cryptocurrency.

Now, JPMorgan, whose chief executive once branded bitcoin a "fraud," has said bitcoin is looking "mostly positive" and cryptocurrencies more broadly have "longevity as an asset class," though, it ‘remains as a speculative asset.’

From Around the Web…

How one Bitcoin whale mangled the network

Why Bitcoin Is A Silent Protest Against Corrupt Governments Everywhere 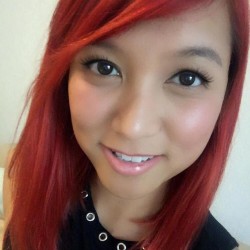